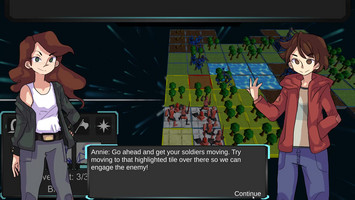 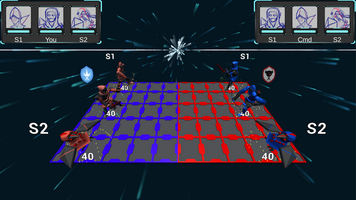 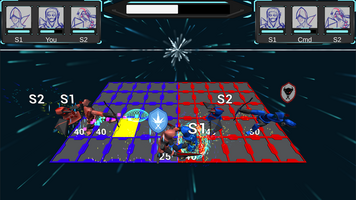 Hey all, it's been a while since we've posted a devlog on itch.io (our bad 😞)

We've been wanting to announce that we have moved our devlogs to our own website, https://www.greystonegames.com/

However, this doesn't mean that we should totally abandon posting here and from now on we'll be posted shorter or summarized versions of our usual devlogs on this site (with links of course to the actual article). We would really appreciate it if you went to our website to read everything, and perhaps even sent us feedback (either here, on our website's comments, or on our discord!).

Our new build schedule is every two weeks (starting on Saturdays), we post an updated build. In between those weeks, we'll be posting updates on our twitter so you can keep up with our development in real time. Additionally, a new devlog goes up every Sunday after the associated build is posted. This way we are consistent and maintain steady flow of updates/content.

As for our updates and thoughts on this build though,

+Updated the tutorial, adding indicators, highlights, and images to the learning experience.

+Added trees as scenery, the functionality for movement and cover will come later.

+Fixed a bug where if the gamepad was plugged in, the mouse could highlight tiles without ever dehighlighting them. Effectively breaking the game. (Thank you Jascorper for finding this!)

+Fixed a bug where units, when selected for movement, would show tiles that were not reachable as tiles that were reachable. This would only happen when a unit has another unit (friendly or not) standing within range and on a tile immediately standing next to the unreachable tiles.

-There’s a known pathing issues when playing on maps where buildings are separated on islands, with NPC units trying to get to them (but they can’t because they can’t cross water or empty tiles).

-There’s a bug in the Overworld where units in the processing queue will not show their appropriate turns before being finished.

With some feedback and a long design session, we’ve laid out what the demo’s tutorial will look like. For the most part, we’ve followed our documents exactly and we hope that will lead to a better experience for everyone. Tiles are now highlighted in red when we want to bring a player’s attention to it, and we’ve sort of railroaded the experience to insure that the player picks up on the key features of the game (at least in the strategic stage). Images also help show what we’re talking about by highlighting the buttons we want the player to click. Lastly, the animations really polish it up (for me at least, but I’m a biased developer) and make it more refined. If you have a bone to pick with the tutorial, please let us know what you think!

At the moment, we’ve been in talks with some new UI artists that want to redo our current menus, buttons, and icons. While the menus and buttons look fine to us, some of our icons aren’t up to par with what we want. In coming updates, you should expect to see new icons used in the Overworld, and perhaps even new menus.

On Progress during Quarantine

If you haven’t been out camping for 2 months, you’ve probably heard of the Corona virus. The world seems to be coming to an end and more and more people are getting infected everyday. It might be an understatement to say this was not a pleasant time. Because of this, we’ve had a bit of a weird schedule and things haven’t been as they would be usually. We’re hoping to fix this and bring more content updates to the game. No virus will stop us from success!

We hope that you enjoyed trying out the latest build of Net King's Call, and if you haven't then we hope you plan on giving it a go. For more information you can visit our site, or our itch.io page to get the latest updates and links to our social media profiles. Have a great day, this is Greystone Games, signing out.